The island of Skyros

Skyros is the biggest island of the Sporades Complex of Islands and administratively belongs to Evvoia Municipality. The island stands out for its natural contradictions: the northern part called "Meroi" is green and full of pines, while the southern part that the locals call "Vouno" is a rocky landscape. Skyros is stretched on a surface of 212km2and is surrounded by various small islands like Sarakiniko, Valaksa, Thaleia, Plateia, Koulouri, Agios Armolaos, Vrykolakonisia and others. Upon their arrival at Skyros, visitors disembark in the small yet picturesque port of Linaria. The port constitutes a well organized settlement designed to serve the needs of both inhabitants and visitors throughout the year. The main road leads to the Chora of Skyros (main town). The distance is merely 10km and the visitor passes by Acherounes and Aspous settlements and of course their lovely beaches. 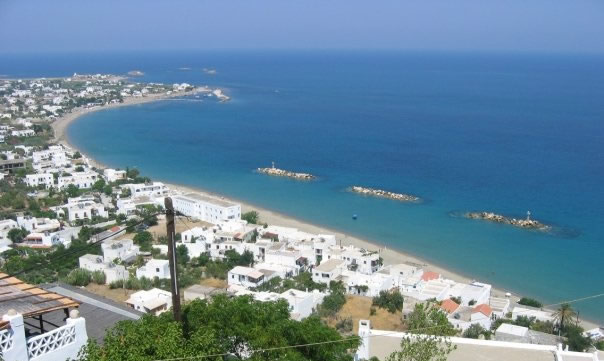 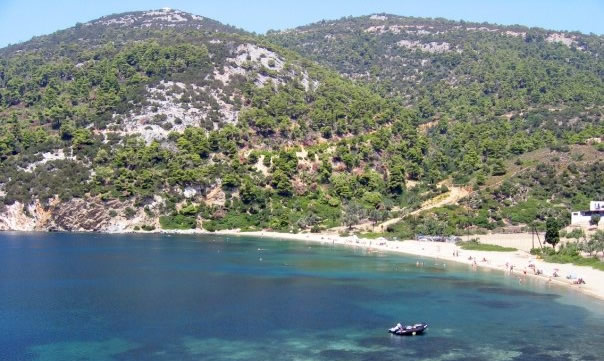 The town of Skyros is built amphitheatrically on the slopes of the medieval castle and beneath the shadow of the Byzantine Monastery of Agios Georgios (St. George). The gate of the castle is ornamented by a marble lion-dragon, symbol of the Venetian period. The Liberty Square, also known as the Brooke Square, features the statue of eternal poetry and is located on the northern part of the settlement. The base of the statue shows the English poet, Rupert Brooke, who died in Skyros during the World War I. His grave is situated on the mountain, in the location "Tris Mpoukes". Nearby the square you will also find the Archaeological Museum of Skyros, full of important exhibits discovered during excavations held in Palamari and other locations of Skyros. There is also the Manos and Anastasia Faltaits Museum which features an open-air auditorium. Once in the square, the visitor can enjoy the vastness of the sea and also the configuration and the expansion of Skyros’ settlements. 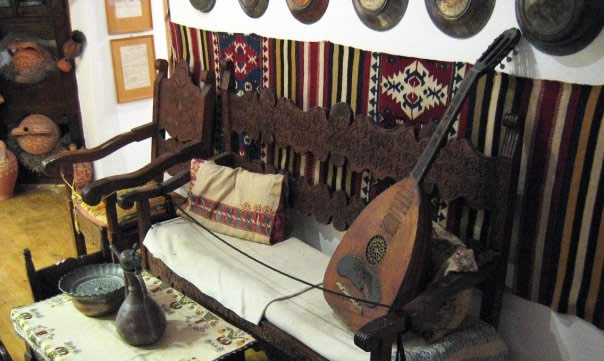 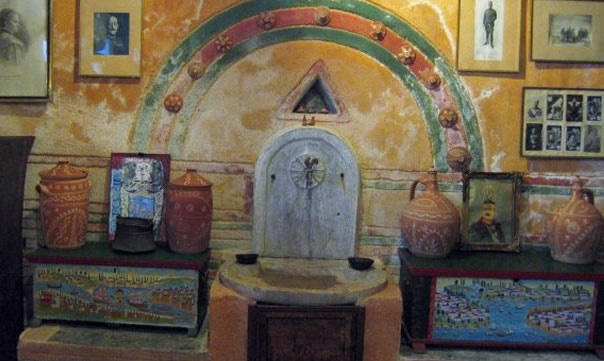 The sea-side settlements of "Magazia" and "Molos" have undergone major touristic development and are able to receive and host a huge number of visitors. At the edge of the small cape you will find Pouria, the ancient limestone mines and next to it the Gyrismata beach. If we keep driving north-west the road signs will lead us to Palamari archaeological site which was brought to light by recent excavations; the site is full of important findings dating back from 2500-3000BC. The beaches of Theotokos, Agios Petros, Kyra-Panagia, Atsitsa and Pefkocreate the impression of a magnificent painting, combining the coast line with pine trees. In the southern part of the island you will discover another set of beautiful images. Kalamitsa beach is ideal for water sports, while the mesmerizing sunset in Kolympada beach is something you shouldn’t miss out.

During summer, various boat trips depart from the small Linaria port heading to the southern part of the island. The caves of Pentekali, Diatrypti, Renesand Sarakiniko are unforgettable landscapes. Over the centuries, the island has been the natural habitat of the famous Skyros Ponies; a globally unique breed of small-sized horses (ponies) that used to serve the rural needs of the inhabitants. Today they are well protected and preserved due to the care and interest of some associations and individuals.

Skyros: an island worth visiting! 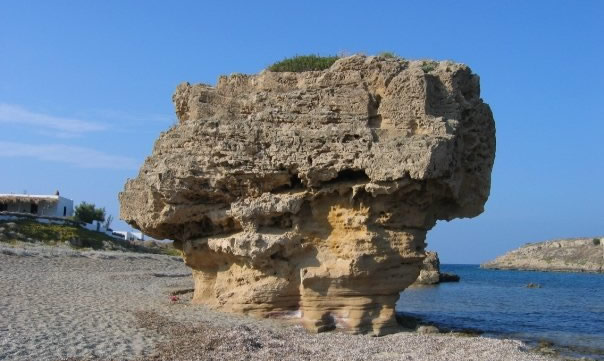 Booking for 2022 Summer season is now available! You may check room availability between
25 May and 25 Sep 2022
by clicking here.